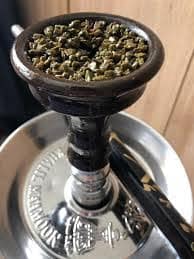 A large number of hookah vendors and online shops say that using steam stones on the shisha would supposedly be ‘safer and healthier’. Unfortunately, this is not true. Because pebbles release the harmful substance glycerin, it can be bad for your health. Below we will explain it to you!

The origin of steam stones

Like cream and jelly, you can replace shisha tobacco with steam stones (steaming stones). These are pebbles that can absorb certain liquids very easily. These stones were first developed in Germany in 2010, after Europe banned water pipe smoking for hookah pubs and shisha lounges.

Why are hookah steaming stones popular?

According to many vendors, steam stones do not contain harmful substances such as tobacco, nicotine and tar. Therefore, they do not fall under the Tobacco Act and hence are allowed everywhere.

Unlike tobacco, you do not have to pay excise duty on them. They are thus more economical than the usual shisha tobacco. Some people even put them under the tap afterwards, so they can be used multiple times and absorb liquids longer.

In advertisements, manufacturers talk about the pleasant long-lasting smoking experience and the money savings. They also say that the steam stones do not burn, so you won’t notice a foul taste. There are plenty of flavors available, often with a candy or sweet alcohol taste.

These manufacturers also claim it is less harmful to your health than water pipe tobacco. After all, no nicotine is added to most stone types, so no addiction can develop. Some people choose to mix steaming stones with shisha tobacco.

How do you use steam stones? 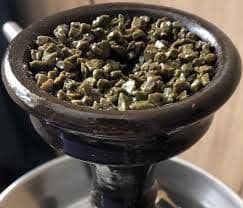 Why should you pay attention to steam stones?

The RIVM, the government’s main public health advisor in the Netherlands, examined vapor steaming stones in 2018. They showed that the aroma released from the vapor can lead to allergic reactions. The RIVM also did not rule out the possibility that toxic substances are produced when the steam stones are heated. So it is questionable whether the pebbles are a healthier alternative.

The High Health Council (the Belgian RIVM) also examined the possible addictive and toxicological dangers of the stones’ vapor/smoke. It found that using a hookah with steam stones poses risks with regard to addiction, including the possible reinforcement of the “social acceptability” of smoking.

Water pipe filter buying: what to look out for?

What do Shair’s hookah filters do?
Scroll to top
We use anonymized cookies to ensure that we give you the best experience on our website. For more information check our Privacy PolicyOk!