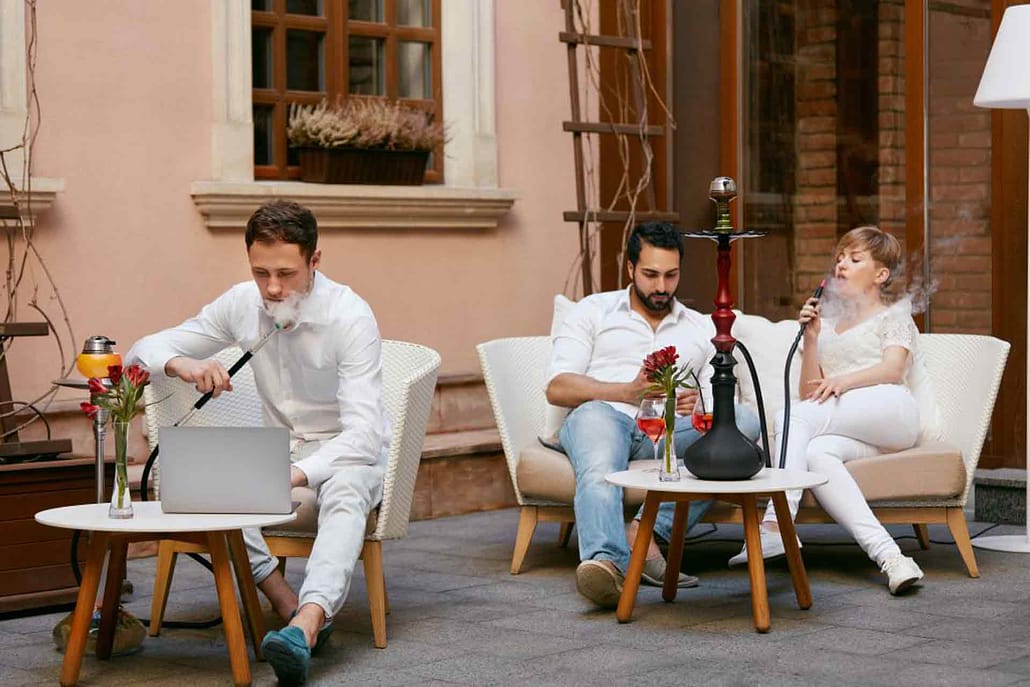 SOME TRIVIA ON THE HOOKAH

Originating from a status symbol for the higher classes, the water pipe found its way as a part of many traditions and cultures around the world.

The first mention of the hookah in literature is by the Persian poet Muhammad ibn Yusuf Ahli Shirazi,(circa 1454-1535), who mentions the use of the ḡalyān (hookah) in Safavid Iran during the reign of Shah Tahmasp.

A Persian physician by the name of Hakim Abu’l-Fath Gilani, introduced the ‘galyan’ to the Mughal emperor Akbar the Great to purify the smoke, and soon it became a status symbol for the higher classes. As many inventions from the past, it’s not entirely clear who invented the water pipe and where exactly it finds its origin. It may have been invented at different places around the same period, when, through contact with western traders, missionaries and colonists, tobacco was introduced from the Americas to the Near and Middle East and India.

“Hookahs embody the union of all elements: Earth in the shisha, Water in the base, Fire in the coal, Air in the smoke, and love in the company when you enjoy a hookah together.”

Part of the attraction is the exploration of the wide variety in flavours.
Originally molasses and honey were used as natural preservatives to keep the tobacco fresh and to add to the tobacco its distinct flavours.
Water cools and moisturises the smoke, making it smoother and less harsh to inhale. Many people believe the smoke from hookah is less harmful to the body than cigarette smoke, but water doesn’t filter any of the toxins out.

Around the world there are several names for the ‘Hubbly Bubbly’, like :

The hookah has become part of many cultures and traditions, and spread to the rest of the world mainly thanks to Middle-Eastern immigrants.